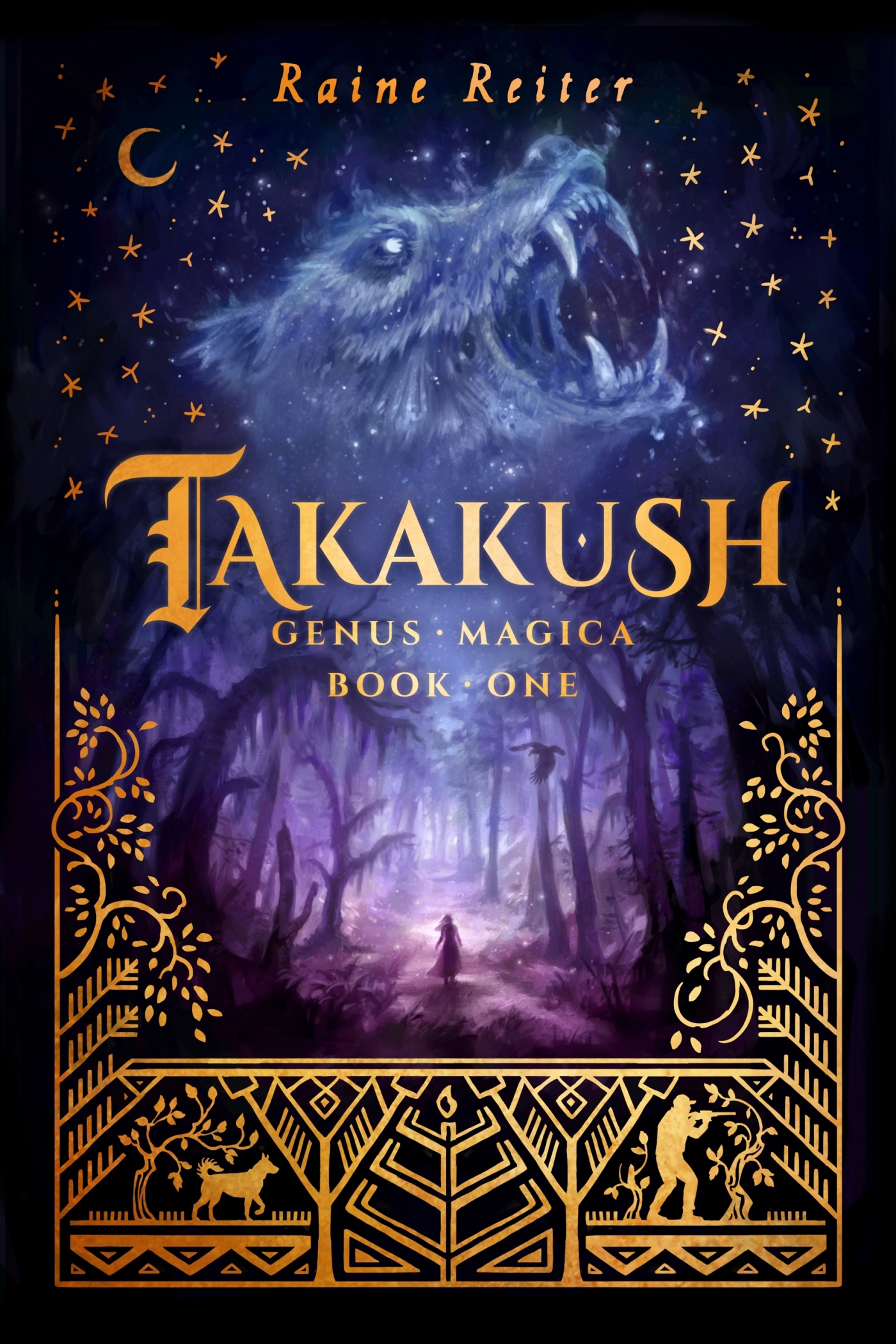 “For Fans of Richelle Mead and Kat Richardson”

I am organizing two events for upcoming novel, Takakush: Genus Magica by Raine Reiter. This book is a contemporary Dark Fantasy suitable for 14+ and targeted towards fans of mature YA or NA.

The first event is a book release blitz on January 25th, followed by a book tour that will run from February 15th to the 19th. Reviews will take priority on the tour but there will be a few spots for promos and interviews. ARCs are available in all digital formats and in print (US only). Giveaway details to follow!

When Professor Elena Lukas returns to her cozy Pacific Northwest hometown with a broken heart, she’s plunged back into the fate she tried to escape. Like her mother and grandmother before her, Elena must now dedicate her life to a powerful ancient Lithuanian goddess. Although she is prepared to live as a priestess hiding in a contemporary tourist town, she arrives to find that a series of so-called animal attacks have terrorized her forest.

With the help of a handsome detective from the Washington Department of Fish and Wildlife, Elena uses her expertise in invasive and endangered species to identify that these are no normal animal attacks. The woods are stalked by a dark, mystical creature bent on ravaging the area in an attempt to quell its insatiable hunger. When her little sister goes missing, Elena realizes that the beast can only be vanquished if she is brave enough to face it in-person, embrace her identity as a high priestess, and expose her powers to the man she is growing feelings for.

Raine Reiter weaves together an empowered, female-centered narrative with rich descriptions of nature and an ever-present sense of mystery. Her vivid, flowing prose takes readers of dark fantasy into a world that looks and feels real, while still evoking the enticing paranormal creativity shared by authors such as Richelle Mead and Kat Richardson.

Raine cavorts in the wilds of Washington’s Olympic Peninsula with her dog, Luke, and writes Northwest Gothic. Her first novel Takakush will be published on Amazon in January 2021. This is the first book in the Genus Magica Series.