For Fans of Yellowstone & Outlander

I’m organizing a book tour for “a modern western with an ancient secret” called The Fifth Daughter of Thorn Ranch by Julia Brewer Dailey. The tour will run from October 17th till the 20th and I am looking for hosts to review primarily and to share spotlights. Physical ARCS will be available for reviewers in the US and we have digital for everyone. 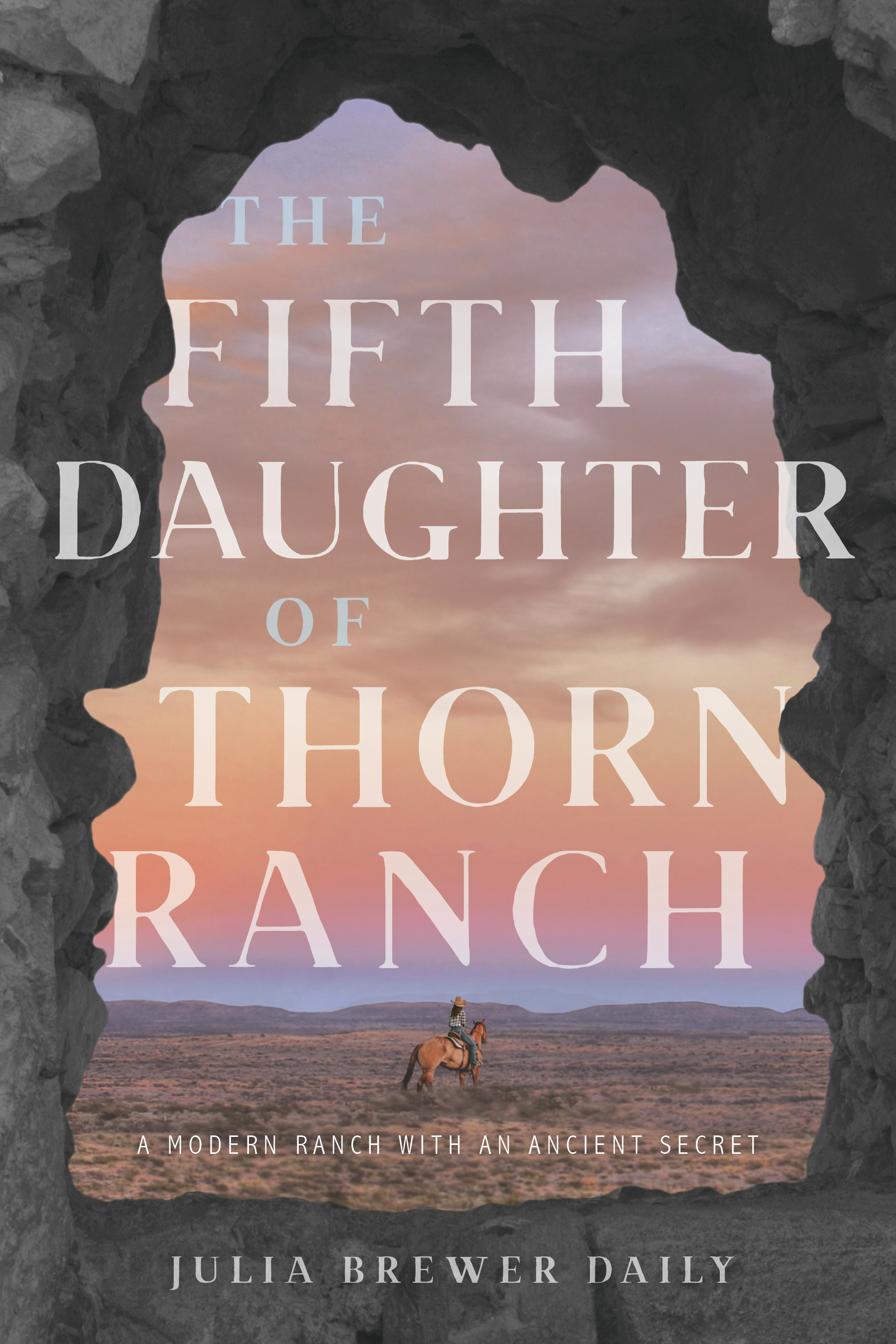 The Fifth Daughter of Thorn Ranch

Emma Rosales is the heiress to the largest ranch in Texas-The Thorn. All of the responsibilities of managing a million acres now fall into her fifth-generation hands.

A task Emma could handle with her eyes closed… if The Thorn was any ordinary property.

The Thorn is home to many things. Clear, cloudless skies. Miles of desert scrub and craggy mountains. A quiet disrupted only by whispers of the wind. And an ancient web of secrets that won’t let Emma out alive without a fight.

The Fifth Daughter of Thorn Ranch is a family saga as large as the state of Texas.

Julia Brewer Daily is a Texan with a southern accent. She holds a B.S. in English and a M.S. degree in Education from the University of Southern Mississippi.

She was the founding director of the Greater Belhaven Market, a producers’ only market in a historic neighborhood in Jackson, and even shadowed Martha Stewart.

As the executive director of the Craftsmen’s Guild of Mississippi (three hundred artisans from nineteen states) which operates the Mississippi Craft Center, she wrote their stories to introduce them to the public.

Daily is an adopted child from a maternity home hospital in New Orleans. She searched and found her birth mother and through a DNA test, her birth father’s family, as well.  A lifelong southerner, she now resides on a ranch in Fredericksburg, Texas, with her husband Emmerson and Labrador Retrievers, Memphis Belle and Texas Star.