Congratulations to author, Barbara Elle, on the release of her exciting thriller, Death in Smoke! Read on for an excerpt and a chance to win a $25 Amazon gift card! 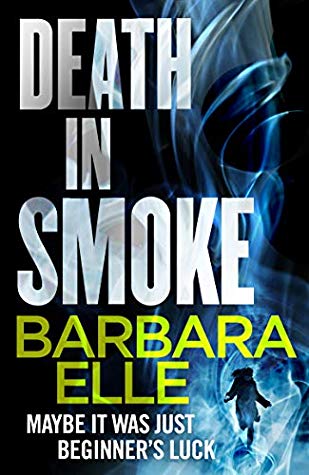 Death in Smoke (The Cape Mysteries #2)

A bloodied body buried in a snow bank on a remote island off Cape Cod.

A cold case in Kansas.

What’s the connection between two unrelated murders over a thousand miles away and decades apart?

In Death In Smoke, the thrilling sequel to Death In Vermilion, artist Leila Goodfriend unravels the truth about two brutal killings.

From Cuttyhunk Island to a Native American casino in Kansas, Leila tracks a trail of blood and revenge, littered with smoke screens and stone relics of a faded past.

Once again, Leila has to trust her instincts, which puts her at odds with Detective John Grace—a relationship of attraction that, in the end, reveals a tragic secret from her own past.

Despite the detective’s warnings, Leila puts her life at risk, obsessed with proving her friend’s innocence, at least of murder.

Death In Smoke, the new psychological thriller from acclaimed author Barbara Elle, takes readers on an inner and physical journey across clashing cultures and time, challenging assumptions about what is truth—what remains a mystery.

Her fingers bled as she dug, the blood spread like a stain, but she couldn’t know now whether it was her blood, or the blood seeping up from beneath the surface.

She knew what she’d find now. There was no urgency. Not anymore. Not with this spreading stain. She slowed down. She brushed aside the snow carefully, like an archeologist at a dig; she had to see the eyes. The eyes would tell whether there was life, or death. It was silent, except for the pounding of blood in her ears.

She brushed the bloody flecks away. Horrified. There was no question now. The eyes were open. The woman was dead.

It was a queer, horrible irony that suddenly struck Leila: she had found another dead body. Iris. Now, there was this poor woman. This was supposed to be a walk in the woods.

Although the violence of death had distorted the features of its victim, there was something familiar in the angular chin, the cheekbones, and the mannish set of the jaw. It was a face she never expected to see again.

Damn. It was Susie. 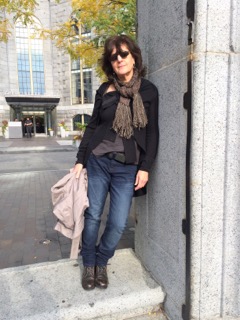 In her stunning debut thriller, Death In Vermilion (The Cape Mysteries Book 1), acclaimed author Barbara Elle paints a clever and twisted picture of women and sisters, whose lives are entwined by a brutal murder in a Cape Cod town. Who can you trust?

Now, Death In Smoke (The Cape Mysteries Book 2) asks what’s the connection between a bloodied body buried in a snow bank on a remote island off the Cape and a cold case in Kansas? Can artist and amateur sleuth Leila Goodfriend solve this new mystery?

Barbara Elle fell in love with books and writing at a young age, honing her writing chops as a copywriter at major publishers and as a freelance journalist.

Growing up in Boston, but she became a New Yorker as an adult. Her writing draws on people and places she remembers, setting The Cape Mysteries on Cape Cod, a place of memories.

Barbara Elle continues collecting characters and plots, often traveling the world with her touring musician husband, the musical director for rock and roll icon Cyndi Lauper. In her travels, Barbara has explored Buddhist temples in Beijing, crypts in Vienna and Kabuki Theater in Tokyo.

On the Shelf Reviews (Spotlight) https://ontheshelfreviews.wordpress.com